If you’ve been reading the AutPress blog, the Facebook page, you’ve seen some news and shares about the Weird Luck webcomic written by our partners Nick Walker and Andrew M. Reichart and illustrated by Mike Bennewitz. Perhaps you’ve also followed the Weird Luck FB page and you’ve read the webcomics.

Either way, you’ve been exposed to a just few slices of a massive, complex multiverse with a potentially infinite time span. What’s more: Nick and Andrew have been developing it for at least 30 years.

April is a big month for both the press and the Weird Luck fictional multiverse. For one, Argawarga Press is relaunching as an imprint of AutPress. Also, many more Weird Luck stories are headed your way.

With that in mind, I had the opportunity to chat with Nick and Andrew over email during late February and early March about the vast multiverse they’ve created, the Argawarga relaunch, and what the future holds for both. This is a four-part interview series, with a new post going live over the next several Wednesdays. Enjoy part one, and stay tuned for parts two, three, and four.

Ian: From what I’ve seen, one central idea to Weird Luck is Chronic Synchronicity Syndrome. A brief explanation of what this is can be found in this AutPress blog post from March 14. I’m curious to know: where and how did you come up with the idea for CSS, aka, “weird luck”?

Nick: Andrew’s the one who first started using the term weird luck, so I’ll leave it to him to talk about how he developed it. But the concept was brewing in our private mythos for a long time before we had a term for it.

The collaborative mythos that eventually evolved into the Weird Luck saga has its roots in our teen years. It was shaped by the usual geekery like roleplaying games (of the non-computer variety), comics, music, and that sort of thing — but also by heavy use of LSD. We had this hybrid of geek culture, punk culture, stoner/headbanger culture, and psychedelic mystic culture going on. 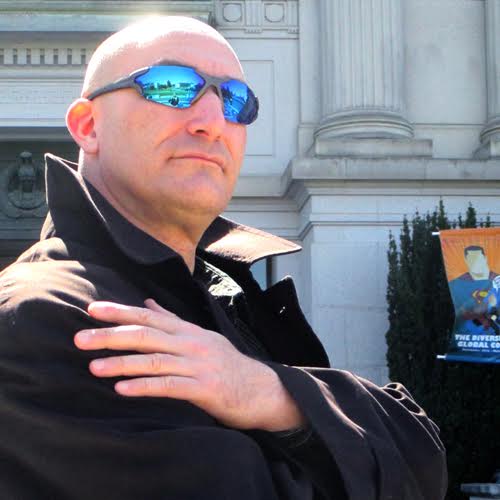 There’s this thing that happens on LSD where synchronicity seems to be everywhere. And not just while you’re actually on an LSD trip, either: if you’re doing LSD regularly, and using it to tap into the levels of consciousness where archetypal forces dwell, synchronicity has a way of accelerating in your life in general, even on the days you’re not on any drugs. Carl Jung talked about that, about how tapping into the realm of the archetypal correlates with increased synchronicity in one’s life.

So that was our reality, back in those formative years when we were first collaborating and laying the groundwork for what would grow into the Weird Luck saga. We were fascinated with synchronicity, immersed in it and finding aesthetic delight in the ways in which it manifested. And this came to inform our whole creative style. From very early on, from our late teens onward, our work was full of, and shaped by, this delight in synchronicity and in the phenomenon that we eventually came to call weird luck.

Andrew: I came up with the term “weird luck” during those acid days of the late ‘80s, not just as a description of the experience of synchronicity, but as a fanciful attribute we possessed as individuals. “Not necessarily good, not necessarily bad, but always weird.”

Outcasts pervade our work. Deviation from norms, struggles against one sort of status quo or other — these are underlying concepts that manifest all over the place.

Over the years this idea stuck with me. While I was working on what eventually became my first finished book, I reflected on various improbable narrative conventions we tend to accept — not just the blatant things like the deus ex machina, but lesser coincidences that pepper ordinary tales, especially genre stories. It occurred to me: why not explicitly use Weird Luck, the cosmic trait that bends probability around an individual, as an in-system explanation for this sort of unlikely turn of events?

Since I knew the Reality Patrol would make an appearance at the end of this book, and since they’d presumably be aware of this phenomenon (and suitably wary of it), I went ahead and came up with their nomenclature for it: Chronic Synchronicity Syndrome (both Common and Extreme varieties).

Although this started as a small throwaway idea, I ended up liking it so much that I ended up naming the book Weird Luck in the City of the Watcher when I finished it in 2004.

Occasionally I notice a story by someone else that’s especially thick with such improbabilities, presumably because the writer is deliberately playing with these tropes in some fashion. (Kiss Kiss Bang Bang being a brilliant example — though I can’t mention that film, as much as I like it, without giving a thumbs-down to its mediocre gender politics, bleh.) Of course, such characters have Weird Luck in my headcanon. 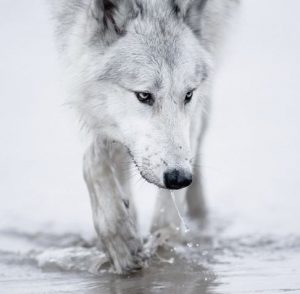 I love the whole idea of the Reality Patrol having this medical-sounding term for it, Chronic Synchronicity Syndrome, because it references the way that phenomena like queerness and neurodivergence have been medicalized within cultures and social institutions in our own world.

Every authoritarian system tries to enforce certain norms, and has stigmatizing ways of categorizing the modes of being that deviate from those norms. The Reality Patrol can give the illusion of being enlightened in a Starfleet kind of way, because they’re cool with some forms of diversity that the dominant culture in our world is still definitely not cool with. But they’re still very much an authoritarian organization, so they’re inevitably going to be identifying some group or another as deviant and problematic. On an institutional policy level, the Reality Patrol is really good about gender diversity and racial diversity. But they’re definitely not cool with… whatever you want to call the spectrum of diversity that Weird Luck is a manifestation of. Karmic diversity?

And speaking of that spectrum of karmic diversity, one thing you’ll notice over time in the Weird Luck saga is that Weird Luck, like autism, definitely manifests differently in each individual. That’s something we play with a lot. It’s not just about how extreme a given individual’s Weird Luck is, or how good or bad, but also about each individual’s unique style of Weird Luck. What kind of weird synchronicities or improbable events keep recurring in their lives? It’s different for every character who has Weird Luck.

Ian: Oh! Nick’s last reply made me wonder about something. Since you’ve drawn parallels between how both autism and Weird Luck manifest differently in each individual and how both WL and queerness or neurodivergence have been medicalized, I’m curious about if/when such parallels actively impacted Weird Luck concepts at any point in their development.

Andrew: Well, outcasts pervade our work. Deviation from norms, struggles against one sort of status quo or other — these are underlying concepts that manifest all over the place.

Nick: Yep. We don’t do a lot of deliberately contrived parallels or analogies, because didactic fiction generally sucks ass. And apart from the parallels we’ve already mentioned, having Weird Luck isn’t really like being a member of an oppressed or marginalized group. The parallel breaks down if one attempts to force it to go anywhere. I mean, it’s not like people who don’t have Weird Luck have “Unexceptional Luck privilege.”

More interesting than the minor parallels, I think, are the intersections of Weird Luck with phenomena like queerness and neurodivergence. There’s a lot of that in our work.

One thing that particularly fascinates me is how Weird Luck can cause neurodivergence or alterations to the psyche.

Think about it: our psyches and personalities are shaped by experience. So are our brains — neuroplasticity is a thing; experiences create neural pathways; our perspectives and personas are physically manifest as webs of neural connectivity in the brain.

In other words, what does it do to a person’s perceptions of reality, and their personality, if throughout their entire lives they’ve experienced causality as less stable and predictable than most people experience it? Because weird shit happens no matter what they do, and it’s a common experience for them to have their actions produce results that could never have been reasonably predicted?

My academic work is mostly in psychology, so that’s the kind of question that intrigues me and that shapes how I write our characters. When a character has Weird Luck, I’m always asking: How has this particular character adapted to — or had their worldview shaped by — the experience of having causality be less reliable for them than it is for most people?

We can see this in the contrast between Agent Sojac and Smiley, for example. Two central characters who are vastly different from one another — and some of their core differences boil down to how they’ve responded in more or less opposite ways to growing up with Weird Luck.

Of course, it’s not just the characters who have Weird Luck who can be outcasts or divergent or queer or struggling against the status quo. Bianca, who’s one of my favorite characters and who’s definitely queer and neurodivergent, doesn’t have Weird Luck.